In 2016, our Adventure Consultants team aimed to climb Kilimanjaro by the picturesque Machame Route which traverses several of the scenic micro-environments found at the different elevations on the mountain.

9 September 2016 - Barranco Camp to Karanga Camp
Joe and Caroline got up for breakfast and prepared to head out for the day. The first obstacle was scaling the infamous Barranco Wall, which has a good track winding its way up, through and over the boulders. It was exciting to scale the wall and amazing to see how nimble of porters were, even with the heavy loads on their backs. It is great reminder that we could not do this trek without their assistance. At the top of the wall, the team rested and took in the stunning views that were spread out below them. From here, it is an easy trek to Karanga Camp at 4,200m. 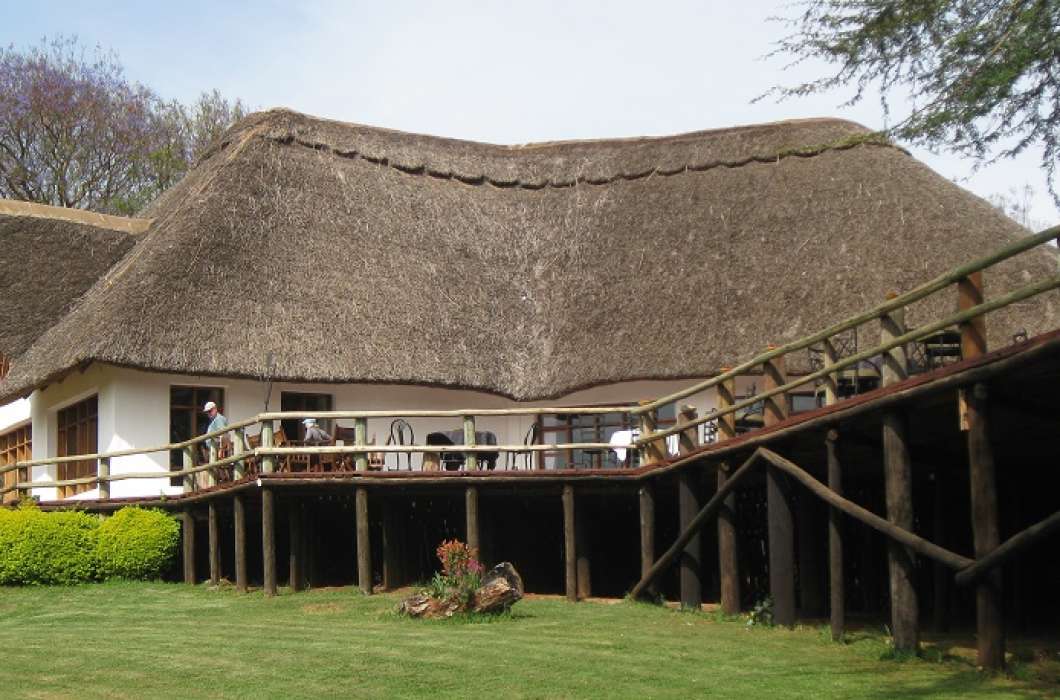 15 September 2016 - Ngorongoro Crater
After a final breakfast at the camp, Joe and Caroline packed up to start the short journey from the Serengeti to the Ngorongoro Crater. This drive takes them through the park to Nabi Hill, where they will visit the information centre and to take in the views from the top of the hill that look out towards the Maasai lands and the crater. Nearby is the Olduvai Canyon, famous for having the earliest evidence of the existence of the human race, where they will also stop to explore the museum. Finally, they will drive to the Nabi Hill Gate from where the road descends into the Ngorongoro Crater and enjoy exploring this World Heritage site. After their game drive, they will head up the other side of the crater to Karatu and the Ngorongoro Farmhouse, where they'll spend the night. 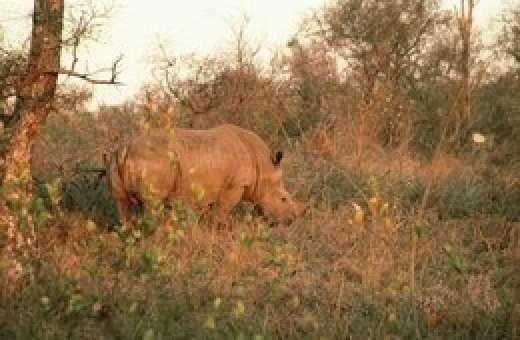 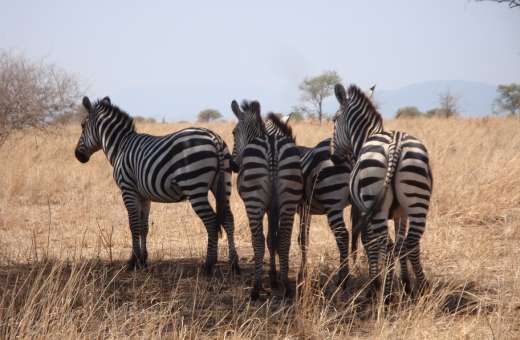 12 September 2016- Mweka Gate and Return to Arusha
With their summit success still sinking in, Joe and Caroline trekked down off the mountain and returned to Arusha. The trail winds down from Millennium Camp, taking the team down to Mweka Gate, the official end point of the trek.

They returned to Arusha and the comforts of Rivertrees Country Lodge for the night and are looking forward to the next phase of their journey, the safari!

13 September 2016 - Onwards to the Serengeti
Today Joe and Caroline woke to an early start as their driver arrived at Rivertrees to transfer them to Arusha Regional Airport for their flight to the Serengeti! Their safari starts today and it includes the stuff dreams are made of! Today their destination is the Kati Kati Tented Camp, but not before beginning their exploration of the heart of the Serengeti.

After arriving at Seronera Airstrip they will head away on a game drive, along with their guide and driver Peter Ngotio. Peter is well practiced at spotting the wildlife in the area and knows all of the animals’ favourite haunts and movements around the park. With luck, they will enjoy seeing giraffes, elephants, gazelles, baboons, hippos and at least, some of the many lions that call the Serengeti home.

14 September 2016 - Exploring the Serengeti
Today Joe and Caroline awoke to the sun rising over the savannah and after a leisurely breakfast, departed for a full day’s exploration of the Serengeti National Park. The great thing about game viewing is that you are never sure of what you will see, but as the park has the highest concentration of large animals on earth, they are guaranteed to see giraffes, elephants, gazelles, baboons, hippos and at least some of the many lions that call the Serengeti home.

They enjoyed an unforgettable picnic lunch in the heart of the Serengeti, relaxing and enjoying the wonderous Serengeti scenery. After an afternoon of watching these amazing animals in their natural habitat, they returned to Kati Kati Camp for a sundowner drink by the fire, which was the perfect end to the safari day. 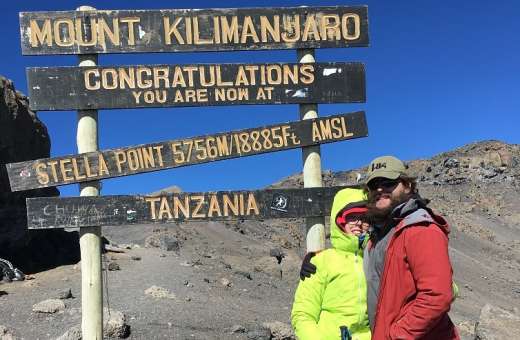 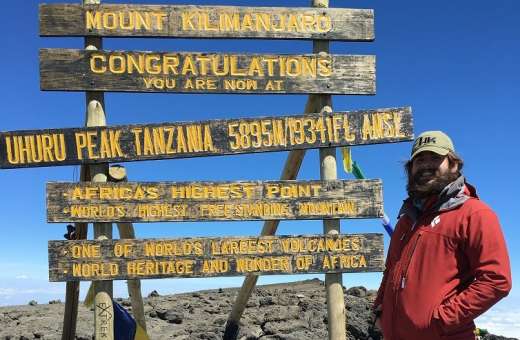 11 September 2016 - Barafu Camp to Summit
We have just received word that Joe and Caroline have successfully reached the summit and their personal high points. Joe reached the 'true' summit at 5,895m and Caroline reached Stella Point at 5,756m. Their long day started at midnight, trekking through the dark to the summit of Kilimanjaro – the highest point on the African continent and one of the coveted Seven Summits.

Following some time celebrating on the summit, they descended back to Barafu Camp, before continuing the descent together down to Millennium Camp for the night. Tonight the team will be having a well-deserved rest and contemplating their achievements! 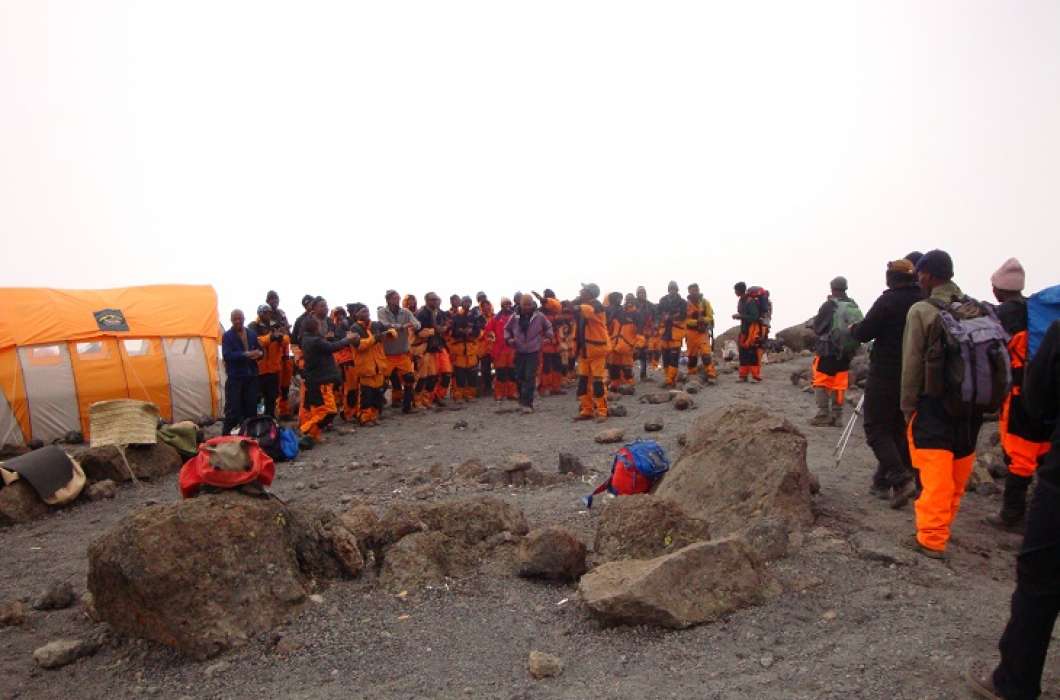 10 September 2016- Karanga Camp to Barafu Camp
Today was a short trekking day from Karanga Camp to Barafu Camp at 4,600m, from where Joe and Caroline will base themselves for the summit attempt. Upon arrival at Barafu Camp, they took the opportunity to rest, eat and hydrate, before going to bed early so as to arise again at close to midnight. After eating and drinking, they set out for the summit with their supportive team of guides and support staff. 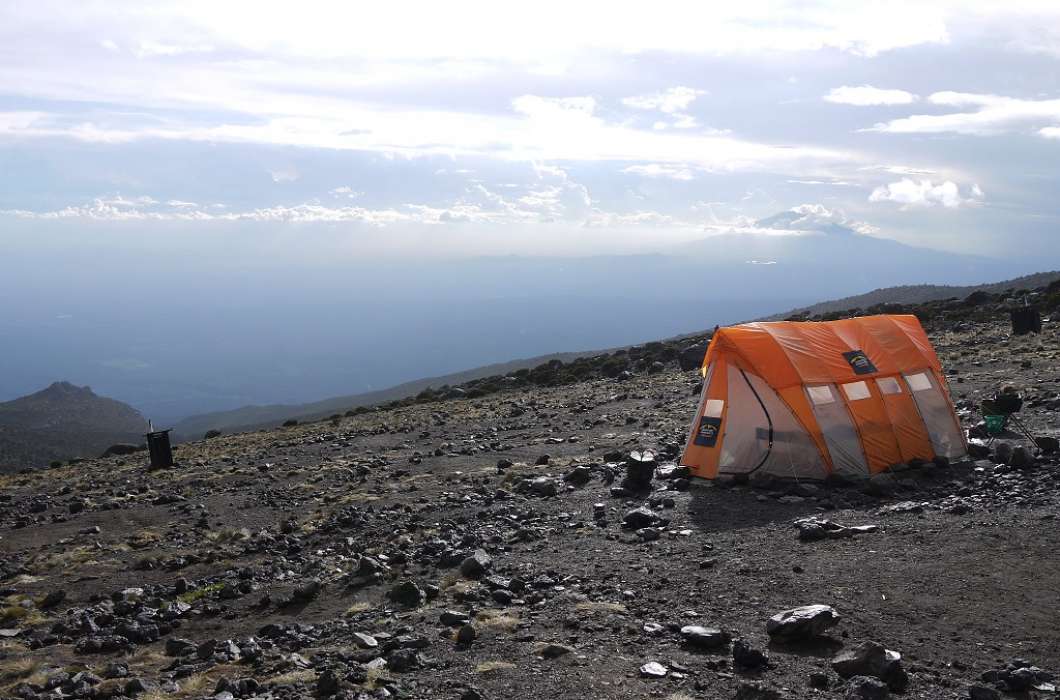 3 September 2016 - Tanzania Bound
Our season of climbing Kilimanjaro continues with another trek and safari about to begin.

This small team will be climbing the 5,895m/19,340ft Mount Kilimanjaro followed with the classic African Adventure, a safari in the Serengeti.

4 September 2016 - Safe Arrival
Earlier today, Joe and Caroline arrived safely into Arusha and will enjoy their first night at the Rivertrees Country Inn.

Tomorrow, following a leisurely breakfast, they will spend the day exploring Arusha before meeting their guide Godlove for the all-important team briefing. Godlove will discuss plans for the trek and check equipment and clothing, prior to heading off to the mountain on the 6th. 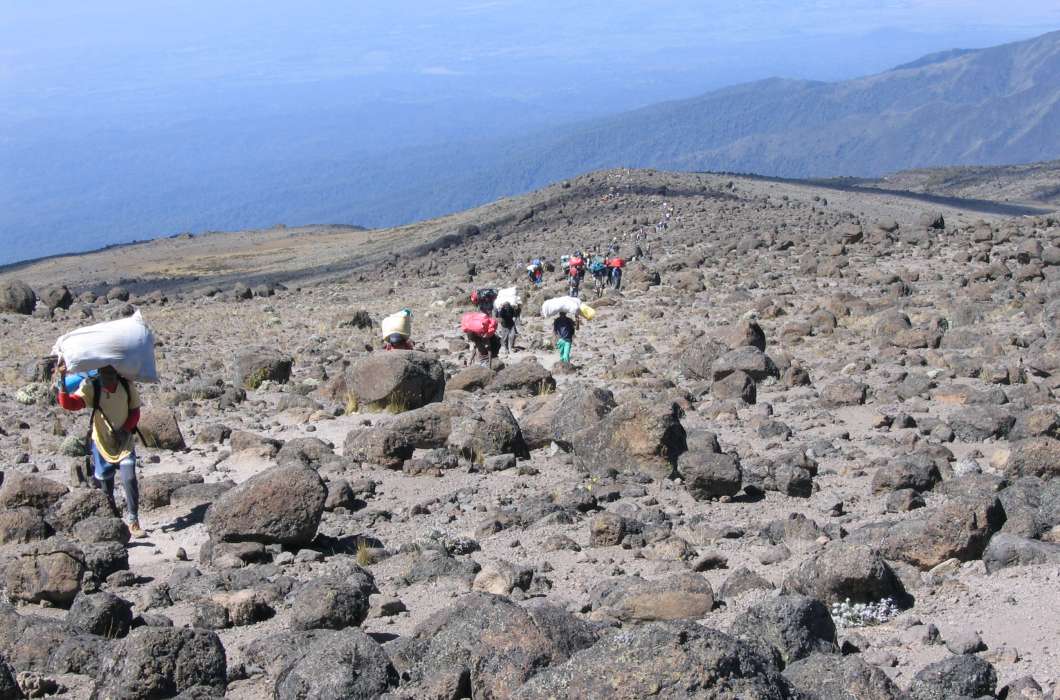 8 September 2016 - Shira Cave to Barranco Camp
Today our intrepid team of two set off for Barranco Camp, by first crossing the flat Shira Plateau before gaining height to the Lava Tower, located at 4630m. It is here that they will enjoy their lunch stop, before descending slightly as they make their way to Barranco Camp at 3,900m. They have trekked out of the moorland zone and into the high alpine zone, and this is distinctive in that they are now seeing the huge Senecio plants for which Kilimanjaro is famous. It was a welcome relief to arrive at Barranco Camp, after what was a challenging trekking day. 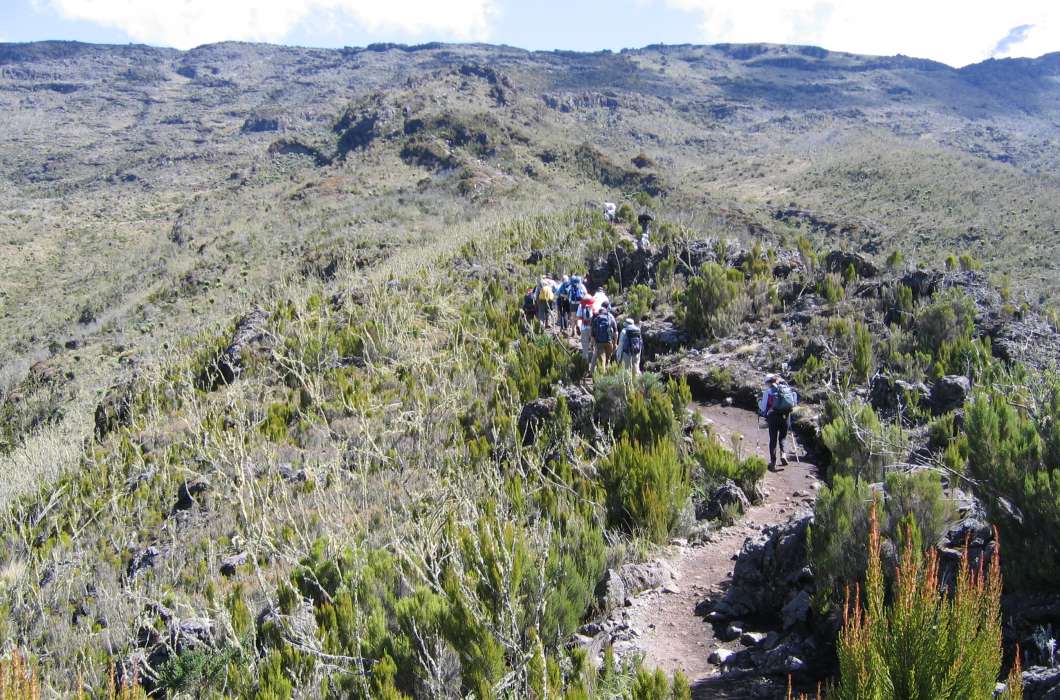 7 September 2016- Machame to Shira Cave Camp
Today Joe and Caroline awoke to their first morning on the mountain and following breakfast, continued further up the mountain to Shira Cave Camp, located at 3,740m. Enroute the landscape changes immensely from their first day of trekking through the rainforest, into what is now quite stark in comparison, as they enter the moorland zone. Today the trek takes around 5-6 hours with a lunch stop and the opportunity to take in the amazing views. As they gain elevation, the views down onto the surrounding plains become more and more spectacular. As they arrive into Shira Camp, they will see for the first time the wonderous snows of Kilimanjaro. 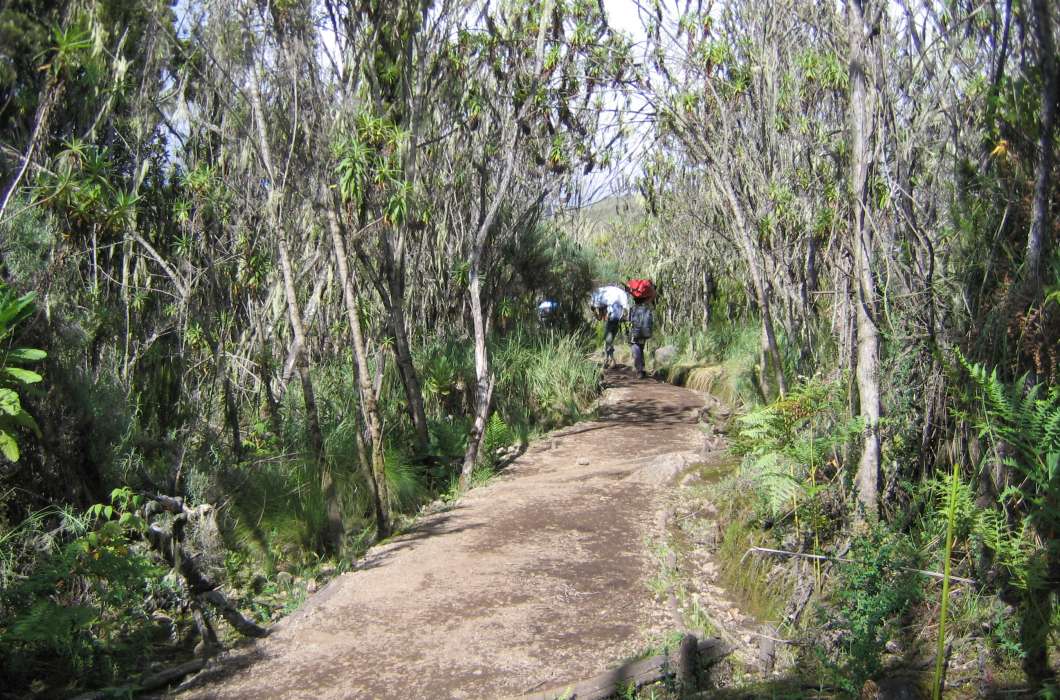 6 September 2016 - Trekking Begins
Today the Kilimanjaro Trek started in earnest with Joe and Caroline departing Rivertrees early to make their way from Arusha, through Moshi to the Machame Gate, the start of their trek. Here they met with their porters and weighed bags to ensure none were carrying too much, before setting off into the lush forest zone. Their destination - Machame Camp, nestled above this in amongst the heather zone of the mountain.

One of the unique aspects of Kilimanjaro is that the mountain has very distinct vegetation zones, which clearly define themselves by the noticeable change as they trek higher. This afternoon Joe and Caroline will arrive into Machame Camp to find their porters already there, and camp set up for the night. After a long first day on the trail it will be a welcome sight!

5 September 2016- Exploring Arusha
Joe and Caroline spent the day exploring the surrounding area before meeting with their guide Godlove in preparation for their trek which starts tomorrow.

Caroline emailed our office with the news that "Things have been wonderful so far. We went canoeing on Lake Duluti today and saw several birds, monitor lizards and monkeys! We are very much looking forward to the trek and safari!" 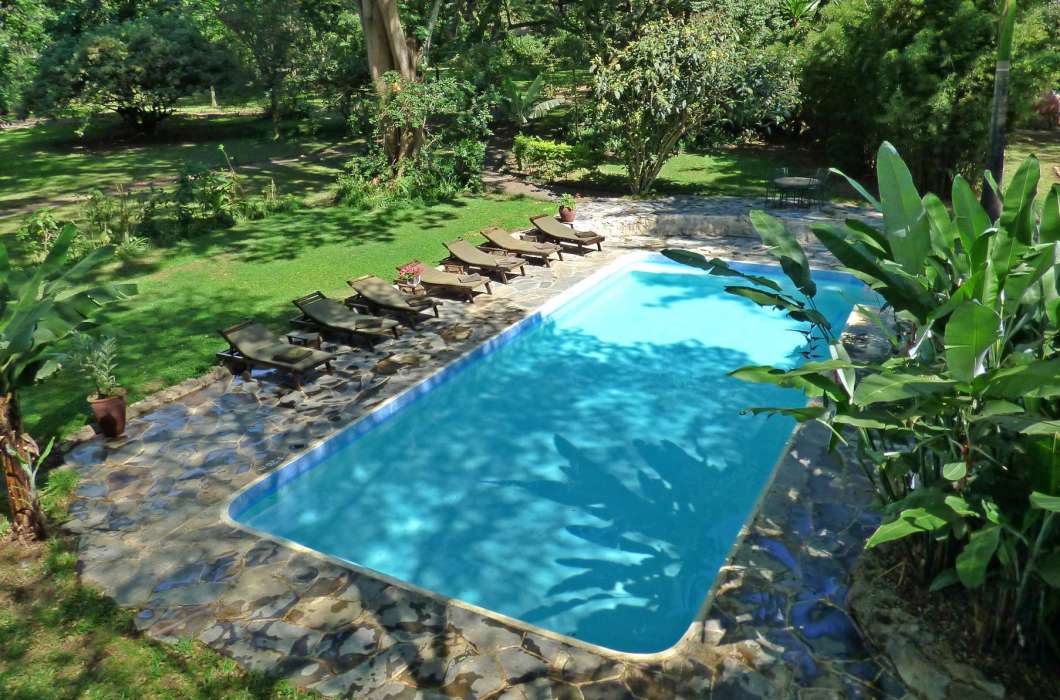