29 November 2002 - In Antarctica at last!
Expedition leader Bill Crouse reports in from Patriot Hills in Antarctica:

"We finally got out of Punta Arenas yesterday the 28th of November. Truly an amazing flight on a BIG Russian cargo plane, about four hours. We are stuck here for a few days waiting for planes and shuttles to Vinson base camp. Hopefully, we'll fly late tomorrow and get the climb started, taking 6-9 days depending on the weather. Weather has been abnormally nice and tropical here at Patriot Hills, around -5°C to 0°C. This place is amazing and we climbed Patriot Hills Peak today for some exercise." 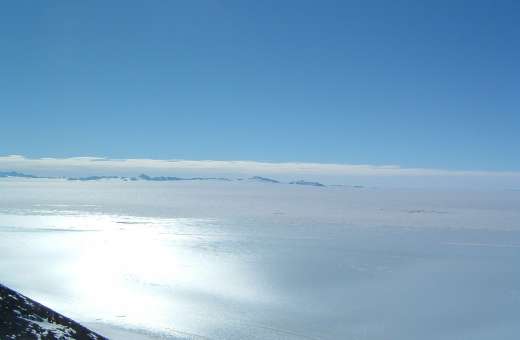 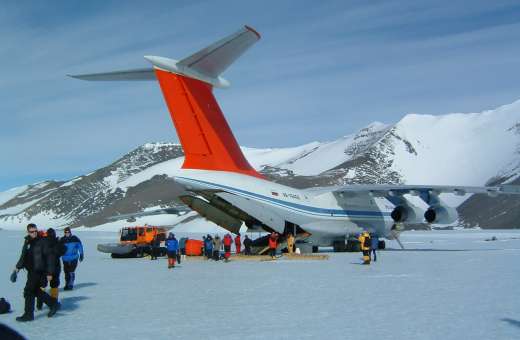 The AC Vinson team reached Vinson base camp by December 1 and have steadily moved up the mountain to Camps 2 and 3. Their summit day may in fact be today if the weather is suitable. An update will be posted on the site tomorrow with news of their progress! Fingers crossed! 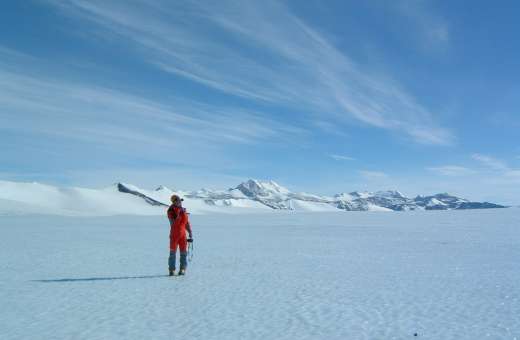 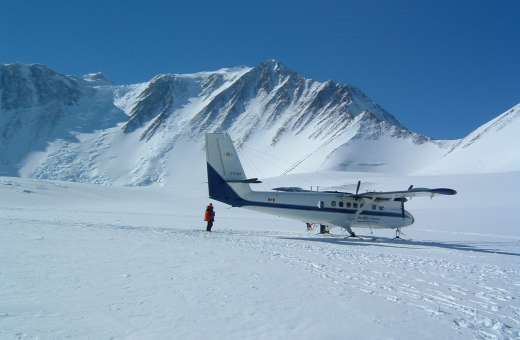 6 December 2002 - Summit!
A brief report in from Antarctica today gave us the news that "Bill Crouse & Greg Konrath summited Vinson Massif (4,892m/16,050ft) at 1630 local time. Kate Smith did not summit. Movements today unsure. May return to summit or head for Vinson Base Camp. Conditions at the top were miserable - windy, snowing, whiteout and cold."

Our congratulations go out to Bill and Greg and we hope Kate is able to have another attempt.

14 December 2002 - Patriot Hills
The Adventure Consultants Vinson Massif expedition team members are now back at Patriot Hills where they are waiting for good weather in order to be able to fly back to Punta Arenas in Chile. Currently, it is snowing hence they are staying put for now. They have been at Patriot Hills camp since Wednesday 11 December.

Post script: The team eventually flew out after a short delay and were delighted to return to Punta Arenas for good food and drink celebrations! 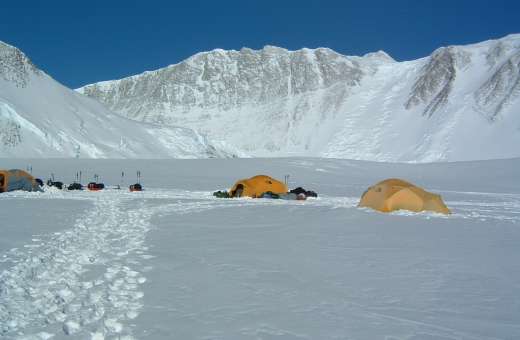 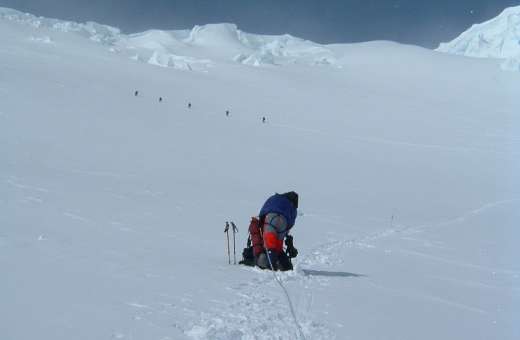