Read Adventure Consultants' story as our team embarked on an expedition to summit one of South America's most aesthetic mountains, Alpamayo (5,917m/19,412ft).

The team members are John Madden, Anne David and Haruki Inokuchi and the Expedition Leader is Andrew Wexler.

8 July 2009
Alpamayo Expedition Underway - Well it's been a busy past few days but the AC Alpamayo 2009 Expedition is well on it's way! The Team converged from all over the globe (Canada, Japan and Australia) and met in Lima, Peru on Monday July 6. The next morning, we boarded a private shuttle and drove 7 hours to the high mountain town of Huaraz. It was good to get out of the smoggy city and into the hills! The drive climbs from sea-level to over 13,000 feet and after about 4 hours in the car, we broke through the haze and emerged in to the sunshine. We passed the Cordillera Huayhuash along the way and eventually came in to Huaraz and the southern end of the Cordillera Blanca.

At around 2pm yesterday, we checked in to the Morales Guesthouse and were treated to Coca tea on the rooftop patio. From our perch, we could see the peaks of Rima Rima, Ranrapalca, Churup and Vallunaraju. The Northern end of the Range was mostly obscured in cloud but every now and again Huascaran poked through. We spent the afternoon catching up on sleep, drinking coffee and wandering around town.

That evening, we checked out a classic pizza joint that also happens to serve Cusquena Beer and excellent Pisco Sours. Being Gringos with a penchant for eating early dinners, we could not help but be the restaurant's first patrons. I assured the group that the empty restaurant had nothing to do with food quality and everything to do with the Latin habit of eating later in the evening. Sure enough, by the time the desert espresso was served, the place was packed.

After a long few days of travel, The Team slept like they'd consumed a few too many sedatives last night, and woke up this morning ready to go! After an excellent breakfast and a few strong liters of coffee, we drove 5 minutes to a trail head and began a steep hike up through the local hills. After weaving in and out of some interesting scenery replete with pigs, chickens, dogs, roosters, small children, etc., we emerged on a high crest overlooking Huaraz, The Cordillera Negra and The Cordillera Blanca. We trekked along the ridge for a few hours, gaining an altitude of over 13000 feet, before stopping for lunch. It was a great day and the entire Team performed like highly tuned mountain climbing machines. Of course, the effort left us a little sleepy so the afternoon was spent catching up on zzzz's.

Tomorrow's mission: hike up to the beautiful Laguna Churup at 14,500.

After two years away, it's good to be back!

9 July 2009
Laguna Churup - After a few days of cloudy weather, we finally woke up this morning to clear skies over the entire Cordillera Blanca. Without wasting any time, we scoffed down breakfast on the roof top patio, boarded the mini-van, and drove 45 minutes to the Laguna Churup Trail head. I've done this trek many times since 2003 and it is still my favorite hike in the area. The team performed really well and blazed up to the glacier fed lake in well under 3 hours. Laguna Churup is located at 4450 meters and is a perfect place to eat lunch and take in the view. After a spending about half an hour relaxing in the rarefied air, we headed down the steep trail back to the mini van.

Everyone is doing really well so far and we are already looking forward to tomorrow's hike to Ahuac Lake at 4580 metres. 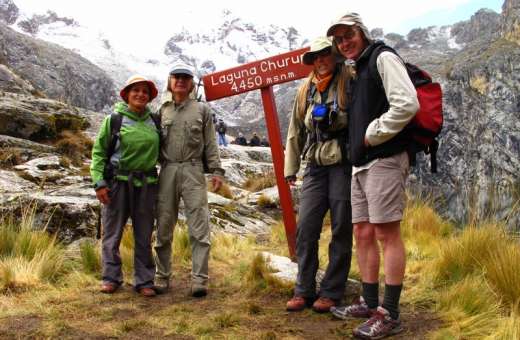 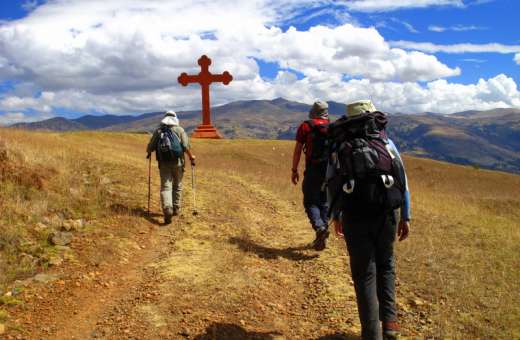 10 July 2009
Laguna Ahuac – Another day, another laguna. Today's objective was the beautiful Laguna Ahuac (4560) meters, and the entire team blazed up the rocky path like it was a sidewalk at sea-level.
It's going to take more than steep trails and rarefied air to stop the 2009 Alpamayo expedition! This was my first time to Laguna Ahuac and I think it just passed Churup as my favorite hike. Not only were we walking in the shadow of Huantsan and the Southern Cordillera Blanca for the entire day, but we even managed a few bouldering FA's along the way. Perhaps AC should add a Peru Trek and Bouldering Trip to the schedule??

The plan for tomorrow is to take a well deserved rest day and then head to Vallunarju on Sunday morning. 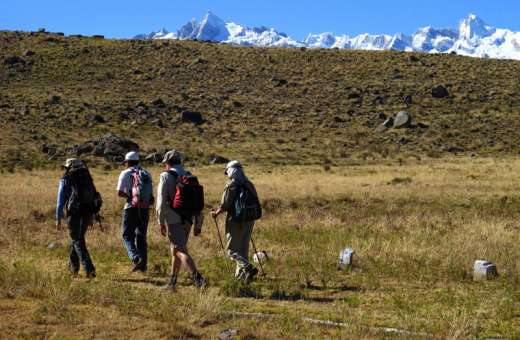 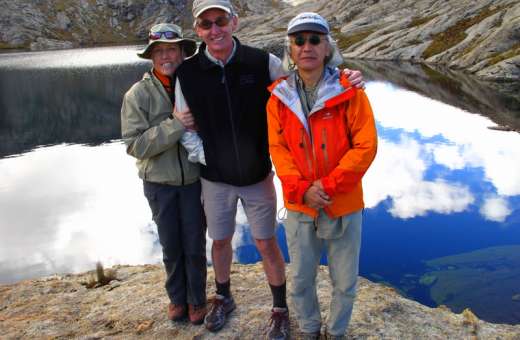 14 July 2009
Vallunaraju training and ascent - The AC Alpamayo Team just returned to Huaraz after 3 days of fun and climbing on Vallunaraju. I would be lying if I didn't admit that leaving the comforts (read: Pisco and Cusquena) of town was difficult, but on early Sunday morning, we pulled up our bootstraps and climbed 1000 meters to Vallunaraju's Moraine Camp. This is a beautiful place perched way above Huaraz and is surrounded by the peaks Rima Rima, Oshapalca and Ranrapalca. The next morning, after indulging in Chef Jorge's breakfast extravaganza, we climbed up to the toe of the glacier where we spent the day climbing ice, rappelling, and practicing for the steeper terrain on Alpamayo. The Team did really well and we went to bed that night (6 pm), ready for today's summit push. Normally, when the alarm goes off at 2 am, I find it difficult to do very much other than curse. This morning though, after having already logged 8 hours in the tent, I was pretty keen to get going. At 3 am, after a few cups of strong coffee and toasted bread, we began the ascent. Four hours later, John, Anne, Wilder and myself had all summitted the almost 5700 meter peak and were racing back to camp for a proper breakfast.
The Team is all doing well and is looking forward to Alpamayo. We will be leaving for the Santa Cruz approach trek tomorrow morning, so expect to hear from us via SAT Phone from here on out. 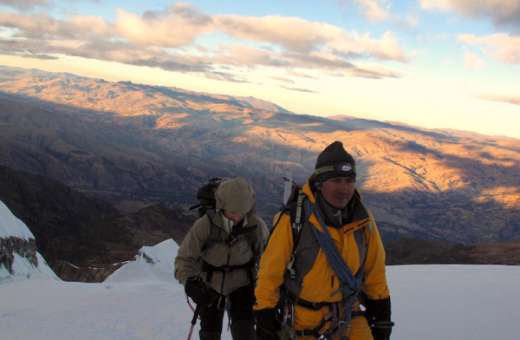 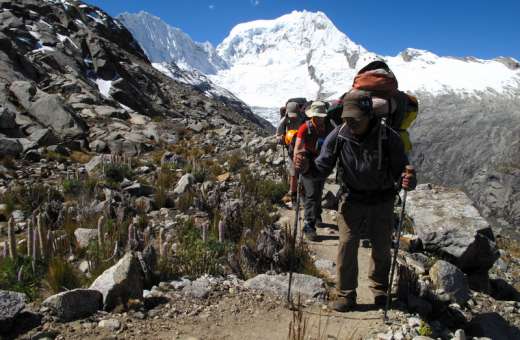 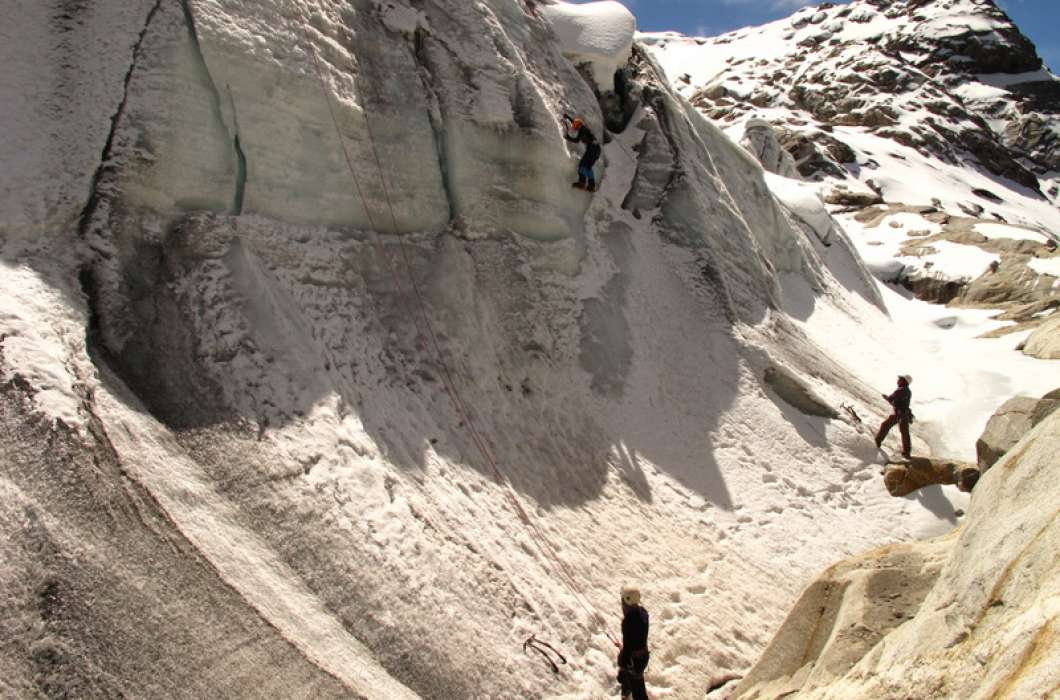 19 July 2009
High Camp - Expedition Leader Andrew Wexler phoned in to AC headquarters to report that the team are up at High Camp at 5,450m, they have just arrived and everyone is doing really well. They intend to have their summit attempt tomorrow, leaving at 2-3am local time. It's quite busy at High Camp but they will work around that, and all are excited for their day tomorrow. John Madden would like to say good luck to his footy team, Geelong and would like to give a big shout out to his daughter Molly who has just passed her pharmaceutical exams, congratulations! Stand by for news of their summit day tomorrow. 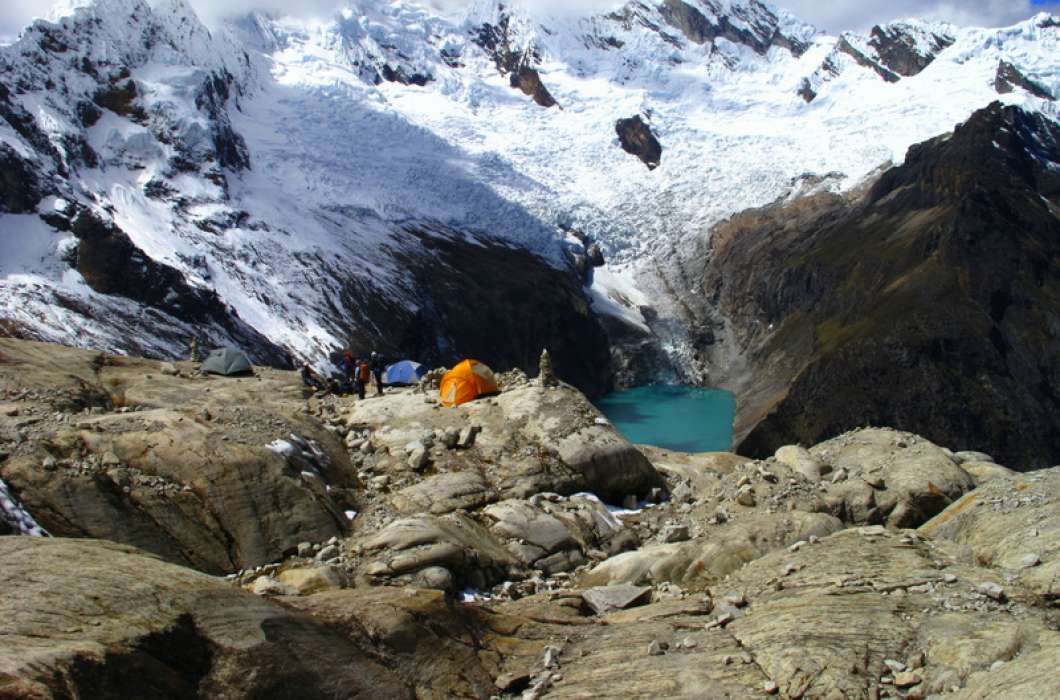 20 July 2009
Alpamayo Summit - We've just heard the news that the AC Alpamayo team all topped out at 6.00am on 20 July. Congratulations! We have little other detail at present but Andrew will be sure to post a full report as soon as he is back near an internet connection.

Updated by AC Headquarters in NZ 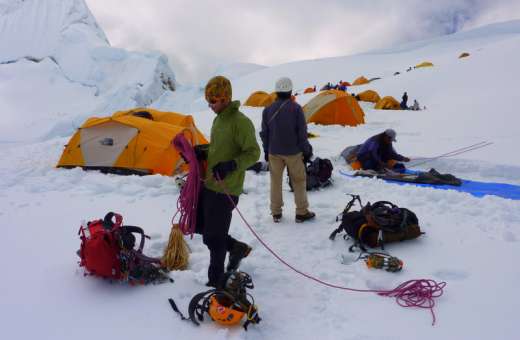 22 July 2009
Summit news from Andrew - I can definitely say that the trip was a huge success. The entire team of John, Anne, Wilder and myself summitted Alpamayo between 6 and 6:30 am on July 20 (Haruki had left the expedition earlier due to a twisted ankle whilst trekking). Conditions were perfect and we topped out after 8 pitches of steep climbing on the French Direct Route. I don't think that any of us could have asked for more (except maybe that the large German team jugging fixed ropes could have chosen another mountain, but oh well). We departed High Camp at 1.00 am in order to be the first team on the route and I think our strategy worked out. Granted, we were all a little shell shocked when the alarm went off at 11:45 pm!! but the sacrifice was worth it!

We are all safe and sound (and ravenous) in Huaraz and are on our way to dinner. Best to everyone back home and I will post a wrap-up dispatch tomorrow with more climbing photos. 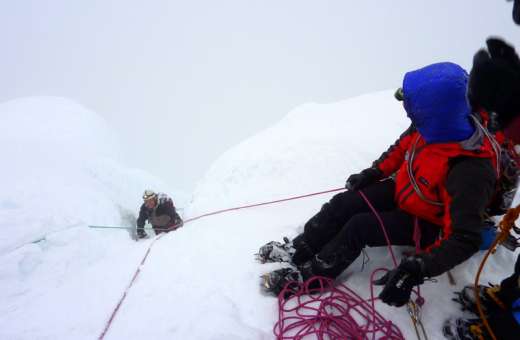 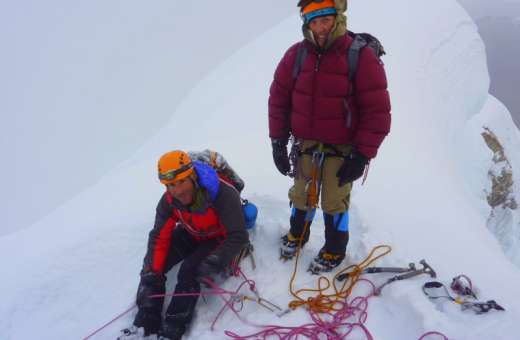 23 July 2009
Huaraz then home - Well the hard work is done and all that's left is to nurse one more beer (just one) and enjoy one last sunset in Huaraz before beginning the journey home. It's been a great trip and I know we'll all be sad to leave this place. But I guess that's how it goes when you're looking forward to home while looking back on time well spent. Speaking for myself, it's been a pleasure climbing and hanging out with Anne, John, Wilder, Haruki and the Local Staff for the past three weeks. Thanks to everyone for making the trip what it was and I look forward to more adventures together. 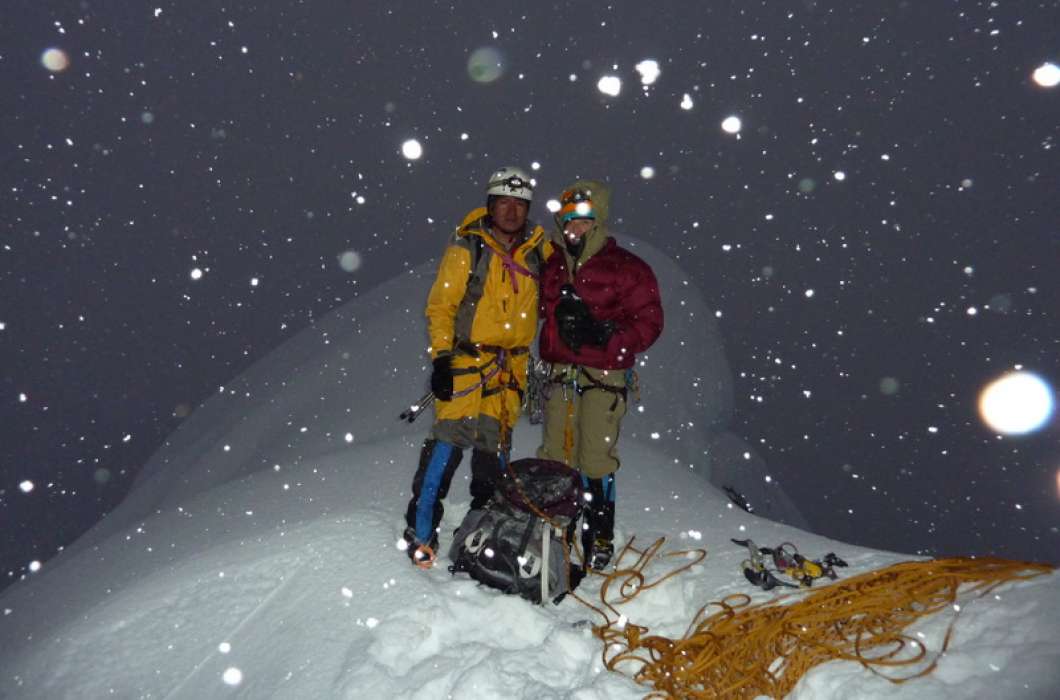